Meet Michele Cary
A 33-year-old, beautiful, boy mom. She is a Jennifer King Retreat recipient because she has battled metastatic breast cancer. Her journey and story is one of Strength and Grace. She cherishes the small things in life. She brought with her some of her most prized possessions from her cancer journey. Cards that people took the time to write and send, and her 9-year-old son at the time, made for her. Her camera, that she photographs the beauty of the outdoors. A throw, that was made by a cherished friend Bethany, that gave her comfort on her hardest days. A hat, that was given to her by her sister-in-law, Ginger.

But, the one thing that she cherished the most, is a photo and shirt of Marty’s. Marty was an amazing uncle who passed away from cancer while she was fighting her own battle. Her story is shareable and might just help someone who is going through the same trials. If you have just one moment be sure to send her some love. 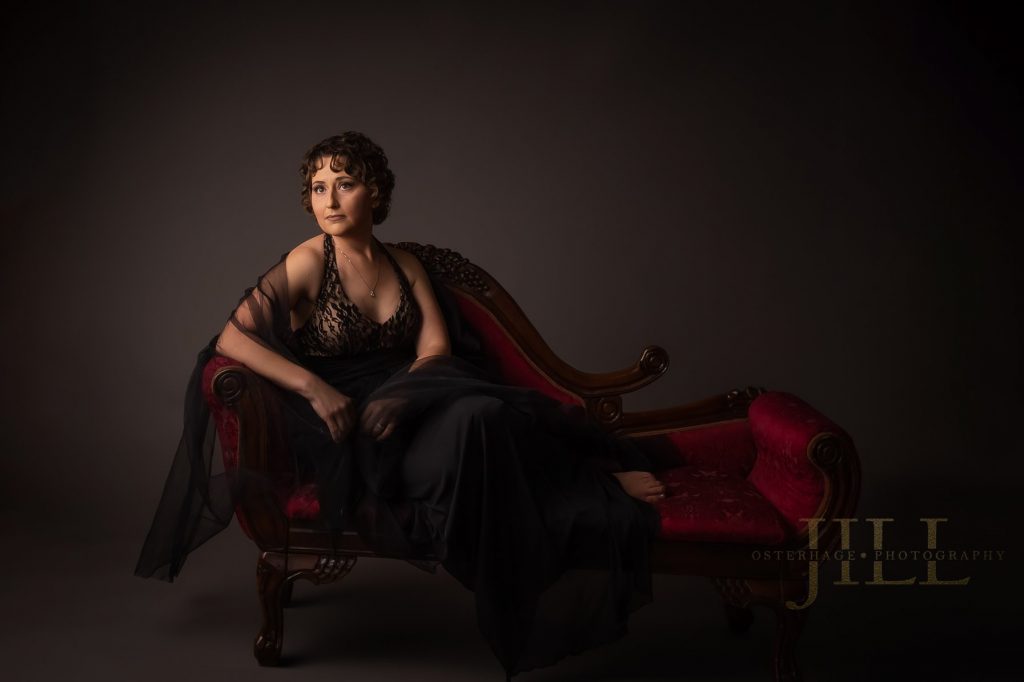 Hello there. My name is Michele and this is my story. I am the middle child of a welder and art teacher, raised in the small town of Freelandville, Indiana. I graduated from North Knox High School in 2005 and then went on to study Massage Therapy at Blue Heron Academy. I married my high school sweetheart, Dustin, in 2007, and we have three great little boys, ages 10, 6, and 3. I enjoy gardening, cooking, travel, hiking and nature photography. I have never had any serious illnesses and cancer does not run in my family.

In January 2017, we welcomed our 3rd little boy and in the spring we bought a house that needed a total renovation. Soon after, I found a lump and made an appointment with my doctor to have it checked. She told me I was very young to worry, but she scheduled for me to see a specialist just to be sure.  They couldn’t see much during the ultrasound and recommended that we do a biopsy to get an idea of what this lump was. They would send off the sample and contact me as soon as they heard back.

Life went on. We had planned to visit my sister-in-law and her family out of state, so off we went to relax. Upon return, I got the call that my results had come in and it had come back as infiltrating ductal carcinoma. My head was spinning…“Did you just say I have cancer?”

The next few weeks were filled with meeting doctors, more tests, and trying to wean a 5-month-old who I had planned to breastfeed for a year. I was heartbroken for him and it was nearly impossible to switch to a bottle. On top of everything I was dealing with, my uncle found out that he had a brain tumor within a week of my diagnosis. I felt like my life was crumbling around me. One night, when my son wouldn’t eat and I was completely overwhelmed, I looked up and said, “God, I can’t do this, please help me.” I instantly felt peace surround me and I knew I would be alright. 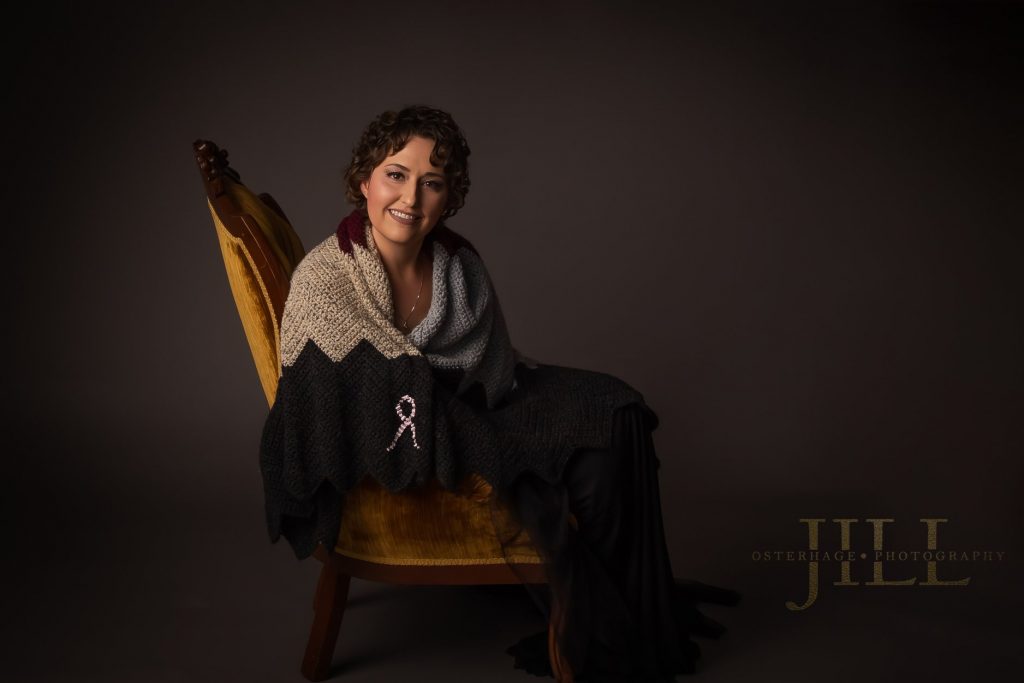 My doctors and I made the decision that they would do a bilateral mastectomy (because I have a genetic mutation and there was a good chance that the cancer would come back) and they would place the expanders to start my reconstruction. Surgery was scheduled for the middle of August.  After a long 6+ hour surgery, I went home to start the recovery process.

The first few weeks after my surgery were extremely difficult for me. I couldn’t pick up my baby and could basically only hold him if he was sleeping and someone else handed him to me. I am not used to asking for help from anyone and I couldn’t even reach up to get a glass out of the cabinet for a drink. During that time I really had to learn to ask others for help because I didn’t have a choice.

Over the next few months of 2017, I continued with the reconstruction process and we planned to do my final reconstruction by the end of the year. The lymph nodes that were removed during surgery had come back clear and chemotherapy and radiation were not recommended at this point because my Oncotype DX scores were very low.

At the end of December, we celebrated our 10th anniversary and started planning a road trip to Yellowstone National Park the next summer. That’s what you do after a cancer diagnosis, right? Rethink your life and do things you’ve always wanted to.  We spent the spring trying to get back to normal; gardening, playing with the kids, and renovating our house that we couldn’t live in until it was done. We were blessed with so many great friends who helped with the house during this time and we were able to move in May 2018. In June, we went on our trip and then spent the rest of the summer at home with our boys.

After school was back in session, I noticed that some of the lymph nodes under my left arm kept swelling and were painful at times. At my one year check-up, I mentioned it to my doctor, who said that could happen because of the surgery I had done, but he still wanted to check them out to be sure. So, off I went for another biopsy.

I was supposed to be celebrating being cancer-free, but I soon found out that the cancer had come back. I met with my doctor and we discussed treatment plans and decided that I would start an aggressive chemotherapy treatment every 2 weeks for 4 months and when that was completed I would start radiation.

On October 31st, 2018 I went in for my first chemo treatment. I was trying to be positive and not let it get me down, but after the first treatment, I felt so bad that I hardly got out of bed for 3 days. I hoped it wouldn’t be that bad every time. Soon after I started treatments, we had friends and family asking what they could do to help. I was totally blown away by the love our community showed us and how they reached out to help us. One group of teachers planned a meal for every week so that I wouldn’t have to cook after my treatments, another friend designed a t-shirt for a fundraiser, a local restaurant hosted a fundraiser, the fire department had a pancake breakfast, and I lost count of how many kind letters and cards were sent.

In November, my uncle lost his battle with brain cancer, but the last time I talked to him on the phone before his passing, we were talking about faith and life and he said to me, “Whatever happens, either way, I win. I know where I am going.” As I continued my treatments he was my inspiration to be more faithful and to put it ALL in God’s hands. 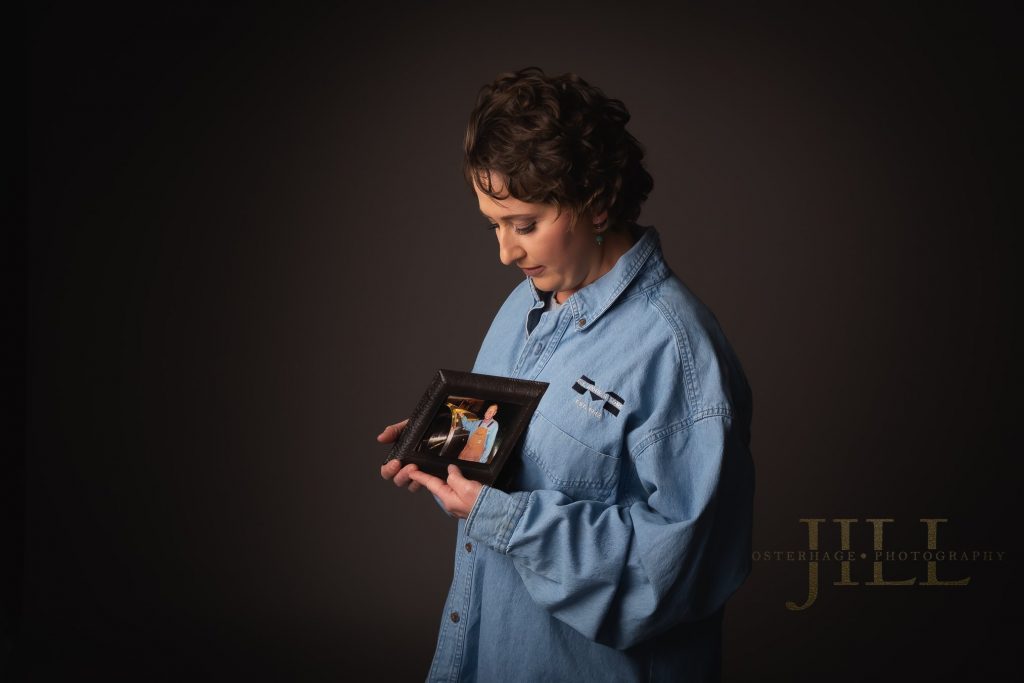 By the end of November I had lost so much hair that I decided to go ahead and cut it all off to make it easier. As soon as my middle son saw me he said, “You look beautiful, Mom!” without even missing a beat. Then my oldest chimed in, “You are, Mom!” I still had plenty of tears, but they made a very difficult day so much better!  In January 2019, I had a PET scan and the tumors were no longer visible, so we continued with the treatment as planned. I finished chemo at the end of February and then had a much-needed break, before starting radiation in April. Luckily, the radiation treatments were not as bad as I expected and I enjoyed talking to other patients while we waited.  In May I had my last radiation treatment and surgery and I’m happy to say that I am in remission!

If there is anything that I have learned on this journey it’s that life is all about the connections you make with those around you and the faith you keep. I have had people ask me how I stay positive and keep smiling through it all… I believe that when we face a challenge or struggle, the outcome is totally dependent on our attitude toward it. Honestly, there is no way I could have gone down this road alone. My family, friends, and faith keep me going. I believe in a God who has helped me through many challenges this far and I know he won’t leave me now.